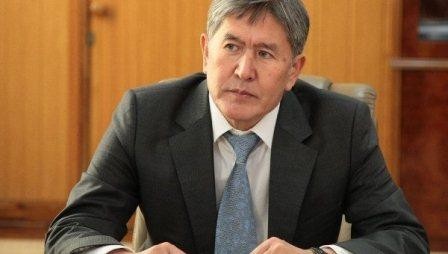 Kyrgyz President Almazbek Atambayev arrived in Moscow on Friday to continue his treatment for suspected heart problems, his office said in a statement.

Atambayev, 60, canceled a visit to the United Nations General Assembly this week after suffering chest pains during the first leg of his flight and had stayed in Turkey before flying to Russia.

A cardiologist from a hospital servicing Atambayev's office has also arrived in Moscow, according to the statement.

Atambayev, who has run the formerly Soviet Central Asian republic since 2011, had previously displayed no obvious signs of poor health.

Kyrgyzstan, an impoverished, mostly Muslim nation of 6 million, has been politically volatile for more than a decade. Violent protests in 2005 and 2010 toppled two successive presidents.

Atambayev has pledged to step down when his term ends in December 2017, but proposed constitutional reforms this year boosting the powers of the cabinet - led and dominated by his allies - at the expense of parliament. His Social Democratic party leads a coalition in parliament but does not have a majority.