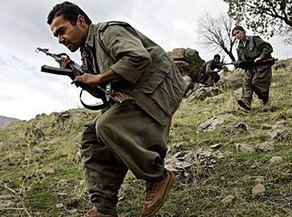 Six soldiers were killed and many wounded in an attack conducted by PKK terrorists to a checkpoint erected near the prison located on Şırnak - Van road in Uludere district of southeastern Şırnak province.

The attack, in which automatic rifles and rocket-propelled grenade launchers were used, started around 11:00 p.m. local time, and clashes were reported have resumed since then.

The ambulances were brought to the scene.

The operations to neutralize the terrorists have been launched.