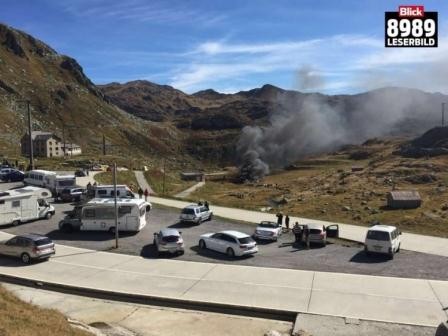 A Swiss Super Puma helicopter crashed Wednesday in the Alps, killing the two pilots and injuring a flight assistant, the head of Switzerland’s air force said.

Air force chief Aldo Schellenberg said the crash in the central Gothard region was part of an Organization for Security and Co-operation in Europe inspection. Four French officers and several Swiss escorts had left the helicopter shortly before the flight.


He said the injured flight assistant was able to communicate and was taken to a hospital.

A military investigation of the crash has been opened, Schellenberg said. All training flights with Super Pumas were temporarily suspended as a precaution.