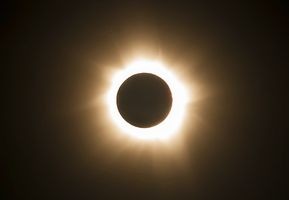 The total solar eclipse was visible from parts of Indonesia including Sumatra, Borneo, and Sulawesi, and from locations in the Pacific Ocean.

Observers in northern and eastern Australia, in South Asia, and in East Asia were able to see a partial eclipse.