Government must rid Aleppo of 'terrorists' 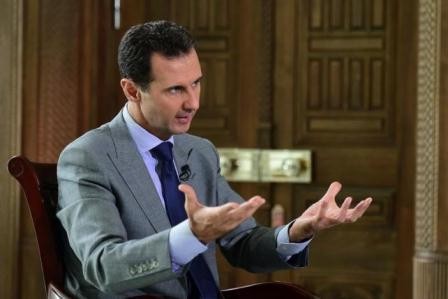 Syria's President Bashar al-Assad told a Swiss TV station that government forces had to rid the city of Aleppo of rebel "terrorists" under its constitutional mandate to protect the civilian population.

"How can you protect them while they are under the control of terrorists? They've been killed by them, and they've been controlled fully by the terrorists. Is it our role to sit aside and watch if that's how we can protect the Syrian people? We need to attack the terrorists, that's self-evident."