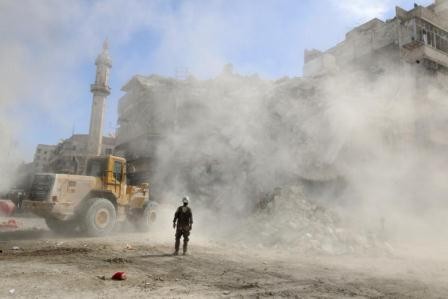 Ryabkov also said Moscow did not yet see any point in a meeting between Russian Foreign Minister Sergei Lavrov and U.S. Secretary of State John Kerry on Syria.