Kurdish-led fighters marching against IS 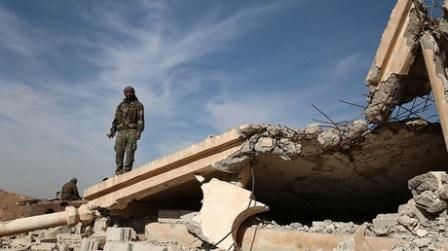 A spokeswoman for a Kurdish-led force fighting the Islamic State group in northern Syria says they are the verge of surrounding a wide area north of the IS stronghold of Raqqa.

Cihan Ehmed of the U.S.-backed Syria Democratic Forces told The Associated Press Thursday that their fighters are pushing on two fronts north of Raqqa, the de facto capital of IS' self-declared caliphate.

She said once the forces coming from the two directions meet, they will surround 550 square kilometers (212 square miles) of territory controlled by the extremists.

The Britain-based Syrian Observatory for Human Rights said many people are fleeing areas north of Raqqa because of the fighting.

The SDF says they have committed 30,000 fighters to the offensive, aiming to eventually take Raqqa.