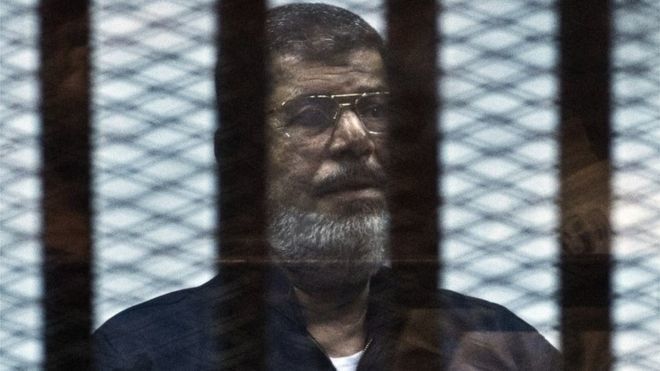 Morsi had been condemned to death for his part in a mass prison break during the 2011 revolution.

He was elected president in 2012, but removed by the military a year later after street protests against his rule.

Morsi has separately been sentenced to life in prison for terrorism offences, and still faces trial on other charges.

Tuesday's ruling by the Court of Cassation means Morsi will be retried over the prison break.

The court also annulled death sentences for five leaders of his banned Muslim Brotherhood movement, including its supreme guide Mohammed Badie, convicted in the same case.

Twenty-one life sentences for other members were also overturned.

Morsi escaped from Wadi Natroun jail in January 2011 and was convicted of colluding with foreign militants in a plot to free imprisoned Islamists.