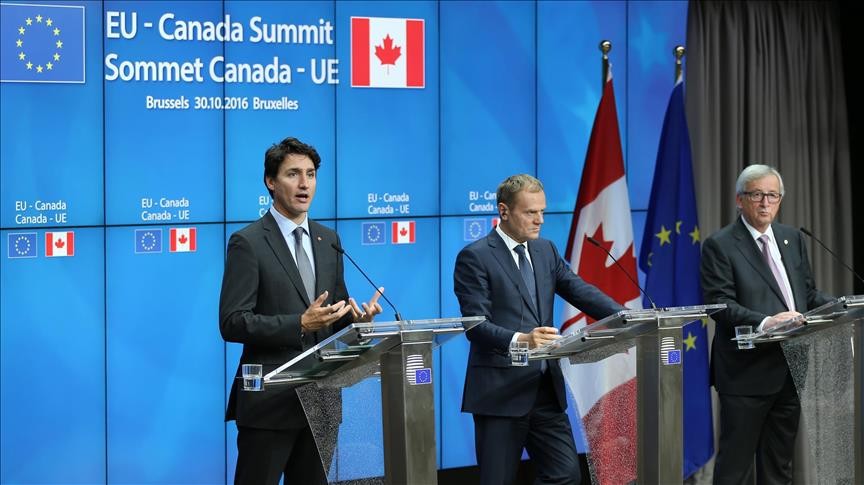 The off-again, on-again free-trade deal between Canada and the EU was finally signed sunday, but not without drama and there is still a chance it could be rejected.

The plane carrying Canadian Prime Minister Justin Trudeau to the signing ceremony in Brussels had to turn back to Ottawa after about 30 minutes Saturday because of a mechanical problem.

Trudeau finally arrived at the signing ceremony Sunday about 90 minutes later than expected, but it was just one more delay in a trade deal that has been beleaguered by numerous roadblocks.

The Comprehensive and Economic Trade Agreement (CETA) – seven years in negotiations – was stalled last week when the tiny Wallonia region of Belgium vetoed the deal.

Wallonia’s leaders were concerned it surrendered the sovereign right of a country to enact labor and environmental policies in favor of international corporations.

The opposition effectively vetoed the agreement, which needed unanimous consent from the EU countries, just a few days before an official signing ceremony was to take place, Oct. 28.

Canada walked out of the talks and Trudeau was forced to cancel his trip to Brussels.

But a deal was brokered that removed Wallonia’s opposition – the controversial sovereignty clause was apparently clarified to Wallonia’s satisfaction, reported the CBC – allowing the Sunday signing.

But even after the signing, implementation of CETA faces hurdles.

The deal must be ratified by the European Parliament and that body is slated to begin its review of CETA before the end of 2016.

The deal cuts tariffs on 98 percent of trade goods and should spur economic growth on both sides of the Atlantic, supporters said.

Bilateral trade between Canada and the 28 EU countries was €63 billion (CAN$93 billion).

If the European Parliament approves CETA, the deal is expected to take effect sometime in 2017.