Deployment of missiles will not harm talks with Japan 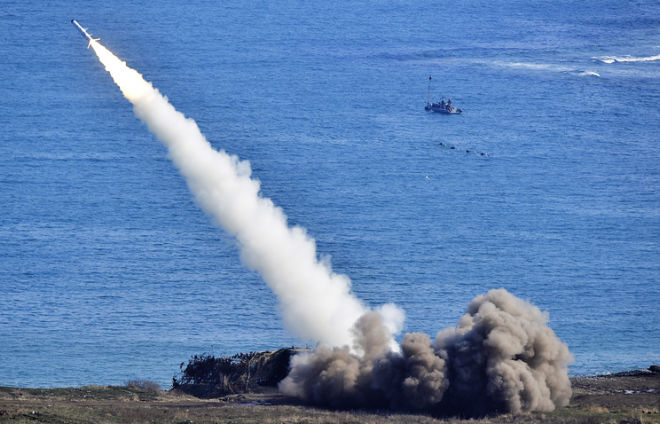 Japan keeps disputing sovereignty over the Iturup, Kunashir and Shikotan islands and the uninhabited string of small islands Habomai.

The deployment of missile systems in the Kuril Islands is well founded and it should not harm Russia’s talks with Tokyo, including those on concluding a peace treaty, Russian presidential spokesman Dmitry Peskov said in the wake of media reports Russia had placed coastal missile systems Bastion and Bal on the Iturup and Kunashir islands.

"I advise you to address the question (about missile deployment) to our counterparts at the Defense Ministry. Certainly, it does have a reason," Peskov said.
"At the same time, in our view this should in no way harm the fast trends that there have developed in our relations with Tokyo in terms of thorough preparations for president Putin’s forthcoming visit to Japan and the continuing contacts over ways of advancing bilateral relations, in particular, in the economy, and from the standpoint of talks on problems related to a peace treaty," Peskov said.

Russia and Japan have been in talks (with intermissions) over a peace treaty based on the outcome of World War II. Sovereignty over the southern part of the Kuril Islands is the stumbling block. After the war the Soviet Union took over the whole of the Kuril archipelago. Japan keeps disputing sovereignty over the Iturup, Kunashir and Shikotan islands and the uninhabited string of small islands Habomai.

In 1956 the two countries signed a joint declaration to terminate the state of war between the two states and restored diplomatic and other relations between them. The issue of the Kuril islands remained unresolved, though. In that declaration the Soviet Union said that in a goodwill gesture it might consider the handover of two islands - Shikotan and Habomai after the conclusion of a peace treaty.