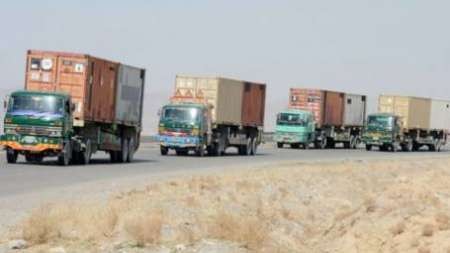 President of Pakistan’s Lahore Chamber of Commerce and Industry (LCCI) said that restriction on illegal trade would give considerable boost to trade relations between Iran and Pakistan.

Talking to an Iranian delegation led by Mohsen Heidarian at the Lahore Chamber, Abdul Basit said illegal trade should be treated with an iron hand damaging local industries and causing huge loss to tax revenues of the two countries.

He said that there was great scope for Iranian companies to consider Pakistan for either exporting petroleum products or setting up oil refineries in collaboration with their Pakistani counterparts.

The LCCI president said the China Pakistan Economic Corridor (CPEC) project was well underway and it was expected that the demand of petroleum products would certainly rise in view the projected increase.

He said that Iran had already shown interest to get actively involved in the CPEC projects so any Iranian company would be facilitated on priority by concerned government departments.

Pakistan and Iran are the two brotherly countries, therefore, maximum efforts need to strengthen relations in all fields, he said, adding that both sides would conduct market research to further strengthen trade relations.

Priority should be given to each other for import of goods rather than buy from distant countries and collaboration in mega projects like onshore and offshore oil & gas exploration activities, hydel and coal based energy projects, paper & board, sugar, cement, chemicals, transport & communication, construction of roads in Pakistan, scientific & educational cooperation, handicrafts, artificial jewellery, carpets, fancy furniture etc.

Members of the Iranian delegation spoke about the prospects of trade and investment opportunities between the two countries and particularly highlighted oil sector of Iran.