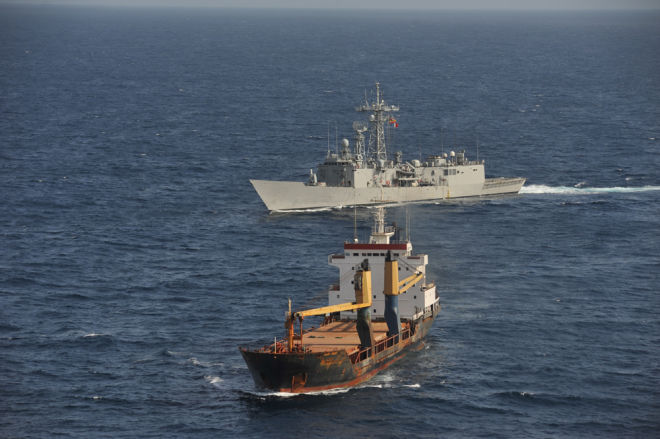 The European Union's naval mission will keep patrolling for pirates off the coast of Somalia for another two years, to guard against any resurgence of attacks, the bloc said on Monday.

The number of raids and kidnappings has fallen - though maritime officials have warned that the risk is still, underlined by two attempted attacks last month.

NATO said last week it had ended its own mission off the Horn of Africa, as it shifts resources to deterring Russia in the Black Sea and people smugglers in the Mediterranean.

But the EU said it would extend the EUNAVFOR Somalia Operation Atalanta until the end of 2018, allowing it to keep guarding U.N. aid deliveries.

The mission, which was due to shut down at the end of 2016, typically uses 1,200 personnel, four to six warships and two or three patrolling aircraft provided by EU member states.

More than 40 percent of the world's seaborne oil supplies pass through the Gulf of Aden and Arabian Sea, a major shipping lane also used to move exports and commodities such as food between Asia and Europe.