Fuel problem was main cause of plane crash - Black box 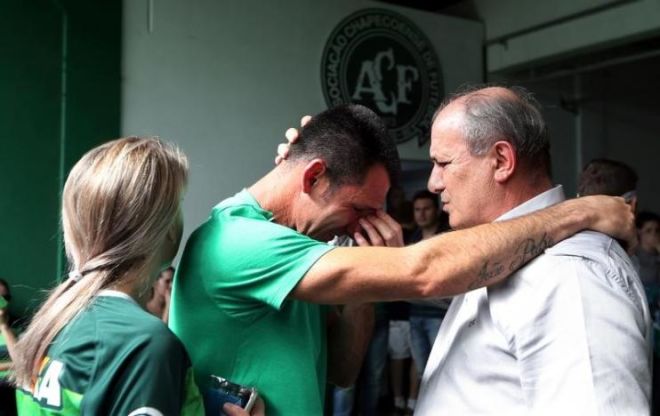 The plane that crashed in Colombia virtually wiping out an entire Brazilian soccer team was running out of fuel, had no electrical power, and was preparing for an emergency landing, according to the pilot's final words.

The disaster on Monday night killed 71 people and sent shock waves round the global soccer world.

Only six on board the LAMIA Bolivia charter flight survived, including three of the Chapecoense soccer squad en route to the biggest game in their history: the Copa Sudamericana final.

That matched the account from the co-pilot of an Avianca plane flying close by at the time. He said he overheard the LAMIA plane reporting it was out of fuel and had to land.

"Mayday mayday ... Help us get to the runway ... Help, help," Juan Sebastian Upegui described the LAMIA pilot as saying in an audio message also played by local media.

The BAe 146, made by BAE Systems Plc, slammed into a mountainside next to La Union town outside Medellin. Besides the three players, a journalist and two crew members survived.