Russian aviation did not deliver airstrikes near Damascus 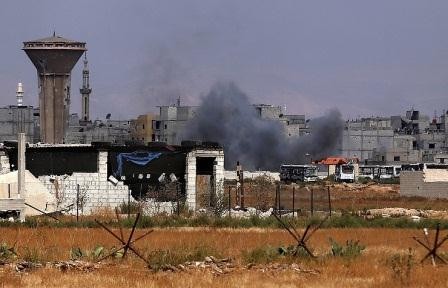 "Russian Aerospace Defense Forces' aviation did not perform any flights in the aforementioned area and did not deliver any airstrikes there on November 7. The information published by the media is another fake," a spokesman for the Russian Defense Ministry said.

He noted that the Turkish Anadolu Agency earlier reported that Russian forces allegedly delivered airstrikes at East Ghouta and Duma near Damascus.

The Russian Center for reconciliation of the warring parties in Syria said earlier that over the last 24 hours Russian Aerospace Defense Forces and Syrian Air Force did no deliver airstrikes at armed opposition groups that declared adherence to cessation of hostilities and informed the Russian or US reconciliation centers about their location.