ISIS to be punished for atrocious crimes in Mosul 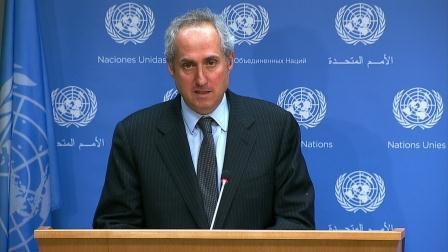 ISIL terrorists and all those involved in these atrocious crimes in Mosul should be punished, the Spokesman for the Secretary-General, Stephane Dujarric, said.

"We can only condemn such atrocious behaviour. We very much hope that the military operations in Mosul will be completed quickly and within the framework of international law, international human rights and humanitarian law, so that the people of the town can start to rebuild their lives," he said.

He noted their concern for the humanitarian situation in Mosul. "About 34,000 people have now left. We expect that number to grow," he added.

Dujarric said that the UN is in Mosul to focus on the humanitarian impact of the military operation, they are not involved in the operation itself.