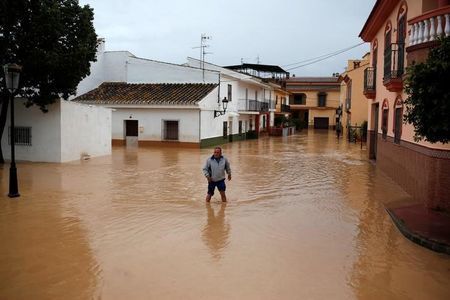 The heaviest rainfall in years along Spain’s southern coastline has flooded the streets of the city of Malaga and nearby towns, killing one woman and prompting the Spanish government to issue a public safety warning.

Axar.az reports that, 26-year-old-woman was found dead in the town of Estepona on Spain’s Costa del Sol, a spokeswoman for Malaga’s local government said.

Spain’s meteorological service on Sunday issued a “red alert”, its highest level of warning for “extreme risk”, although it since lowered the warning one level to “important risk”.