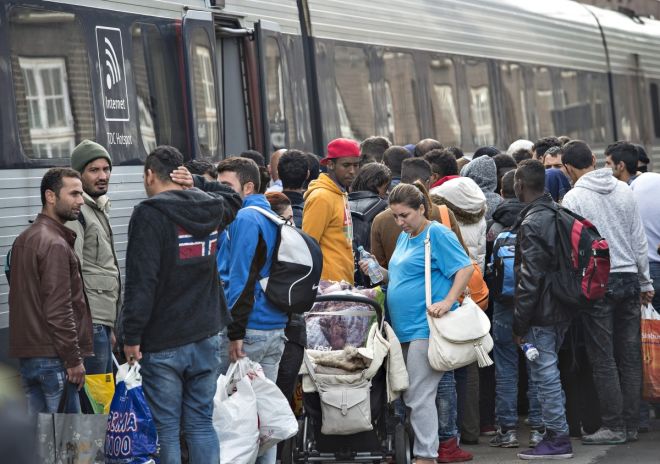 A court on Tuesday sentenced three men for organizing the smuggling of 80 migrants into Sweden, hiring drivers to bring them in minibuses across the EU's open-border zone from northern Italy.

Axar.az informs, two of the smugglers have both Swedish and Iraqi citizenship and the third is a Syrian citizen, according to a statement by the court. Most of the migrants, brought from Milan railway station in 2014, were Syrian.

One smuggler was sentenced to two years in prison, a second to 1-1/2 years and a third given a suspended sentence. They had originally been accused of smuggling 170 people into Sweden but the court said some journeys may have ended in Denmark.

According to prosecutors, the three men earned around 150,000 Swedish crowns ($16,300) in total after typically charging migrants around 500 euros ($530) per person, while often letting children travel free. After a wave of more than a million migrants entered Europe in 2015, countries in the European Union's Schengen passport-free travel zone, including Sweden and Germany, reintroduced selective border controls to stem the influx.