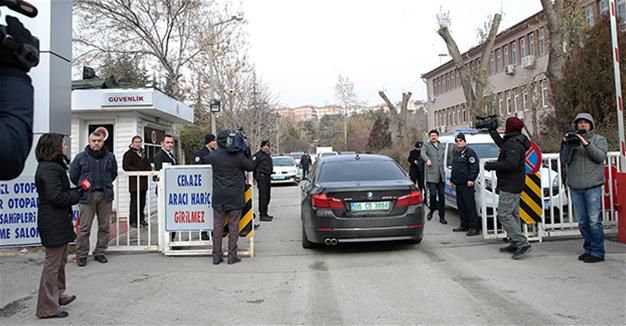 An 18-member Russian delegation composed of security officials, prosecutors and autopsy experts arrived in Ankara on Dec. 20 to probe the killing of Russian Ambassador to Turkey Andrey Karlov and repatriate his body to Moscow.

The plane is expected to depart from Ankara Esenboğa Airport at 4 p.m. local time after the accomplishment of procedures by Turkish and Russian authorities.

A ceremony is planned to take place at the airport to bid farewell to Karlov with participation of Deputy Prime Minister Tuğrul Türkeş.

A group of 18 Russian Investigative Committee, Foreign Ministry and other special department members are included in the delegation to Turkey, the Kremlin said on Dec. 20.

"The group will operate in Turkey as part of an investigation of Russian Ambassador Andrey Karlov. This agreement has been reached during an earlier telephone conversation between Russian President Vladimir Putin and Turkish President Recep Tayyip Erdoğan," Kremlin spokesman Dmitry Peskov told reporters.