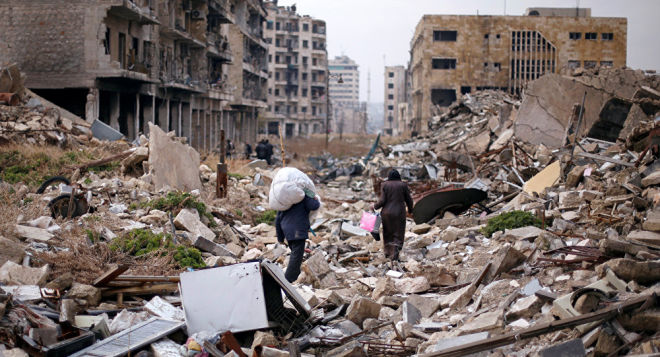 Axar.az informs, according to RIA Novosti, a blast rocked the predominantly Christian Azizia district of Aleppo Tuesday as the residents were celebrating Christmas and the liberation of the city's eastern part, a RIA Novosti correspondent reported from the scene.

The explosion reportedly occurred about 165 feet from where the festive crowd gathered. Since 2011, Syria has been engulfed in a civil war, following the protests that had turned violent, as part of the so-called Arab Spring.

Over the recent months, Aleppo became a major battleground in Syria. On December 16, the Russian Defense Ministry's center for Syrian reconciliation said that the Syrian army operation to liberate the eastern neighborhoods of Aleppo was over, and that the Syrian government troops were eliminating separate hotbeds of militant resistance.