Azerbaijan will be at the Berlin Diplomacy Conference 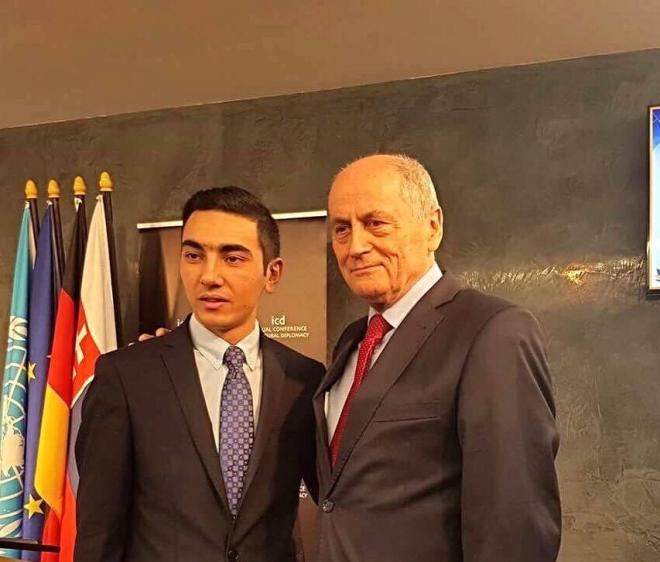 Tabriz Raufoglu who is the chairman of “Presidential Scholars” Youth Organisation took part at the Berlin Cultural Diplomacy Conference based on improving mutual relations among nations.

Tabriz Raufoglu spoke to Axar.az on this topic. According to him there were many different panel discussions within the event about various issues with the participating President of Albania Bujar Nishani, Former President of Ukraine Viktor Yussenko, Former President of Kosova Atifete Jajyada and other famous heads of state and government.

As well as during the conference a lot of international problems like “Syrian crises”, “Global Climate Changes” were taken to table for debate.

In addition to this he told about mutual relations with the Institute of Cultural Diplomacy that will continue in the future.

He also declared his meeting with the President Bujar Nishani, former President Viktor Yussenko in the course of conference.