Trump's daughter was attacked in plane 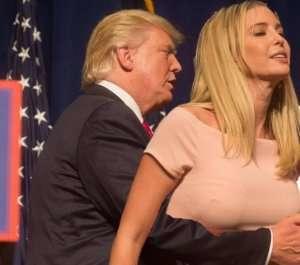 Ivanka Trump and her family were on a JetBlue flight to kick off their Christmas vacation when they were verbally attacked by a fellow passenger.

The 35-year-old businesswoman and daughter of President-elect Donald Trump was sitting in coach with her husband Jared Kushner, their kids, and a bunch of cousins.

The incident happened on Thursday morning (December 22) at JFK Airport in New York City. She was spotted leaving her apartment earlier that day.

“Your father is ruining the country,” the man yelled at Ivanka and the family. “Why is she on our flight. She should be flying private.”

When the man was escorted off the flight, he screamed “You’re kicking me off for expressing my opinion?!!”

Ivanka reportedly ignored the man and focused on her kids during the incident.