US-led coalition bracing for bombing raids against IS 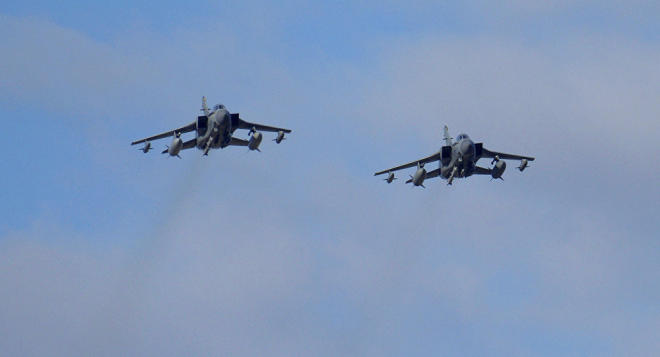 UK Air Force as part of US-led coalition aims to boost efforts in fighting ISIS terrorists in Syria by intensifying bombing raids against the Syrian city of Raqqa, the "heart" of the group's self-proclaimed caliphate.

UK Air Force plans to intensify the efforts to combat ISIS terrorists in Syria's Raqqa and interact with Russia, local media reported, citing its military sources. "Raqqa is the heart of the caliphate … We will be stepping up the training for Syrian Democratic Forces and we will also see a real step up in the air support for Raqqa from across the Coalition. We will have to talk to the Russians," a source said, as quoted by The Telegraph newspaper on Sunday.

According to the newspaper, the Royal Air Force has conducted some 60 airstrikes in Syria and 347 in Iraq over 2016 and intends to focus on Syria next year.

Captured in 2013, Raqqa serves as the IS’s de facto capital in Syria. The US-led coalition of more than 60 nations has been conducting airstrikes against IS terrorist group in Syria and Iraq since 2014.