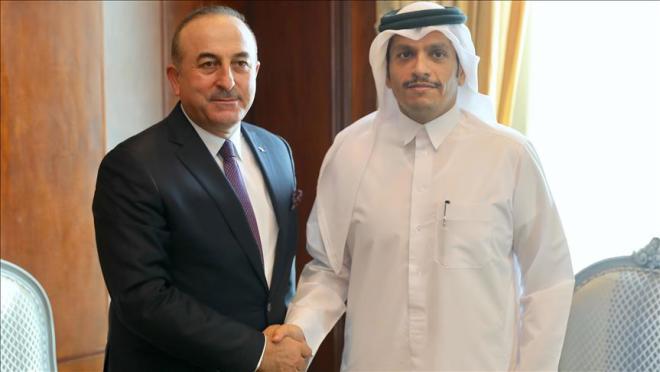 Axar.az reports that, The two men also discussed bilateral relations between Turkey and Qatar, according to the same sources, who spoke anonymously due to restrictions on speaking to media.

Cavusoglu arrived in Doha late Sunday from the Saudi city of Jeddah, where he had participated in an emergency meeting of the Organization of Islamic Cooperation (OIC)’s executive committee.

The emergency meeting in Jeddah was held to discuss recent developments in war-torn Syria, especially in the northern city of Aleppo.

The Turkish FM is expected to leave Doha on Monday evening.

Syria has been locked in a vicious civil war since early 2011. Since then, hundreds of thousands of people are believed to have been killed by the conflict.