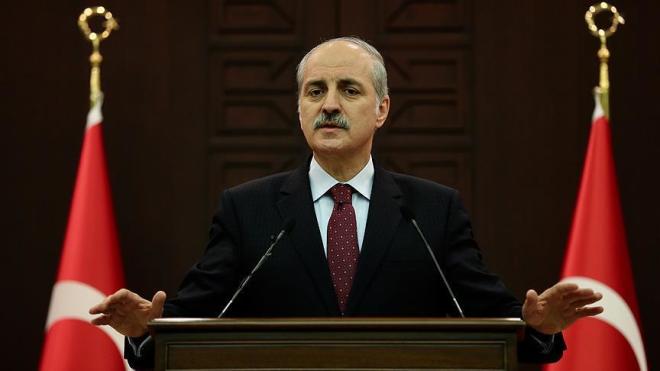 "Some of our friends need to watch their steps.” Numan Kurtulmus told reporters. “Social media is not a platform to make irresponsible broadcasts. Turkey is at war with ISIS."

He added, "Trying to demoralize Turks by spreading propaganda through sharing fabricated footage is not patriotic."

Kurtulmus said there is no information verified by the Turkish General Staff or Defense Ministry about the video.

"If we had verified information, we would share it with the public. These terrorist groups are the lowest gutter operators in the world, they try to oppress people's minds with fear," he added.