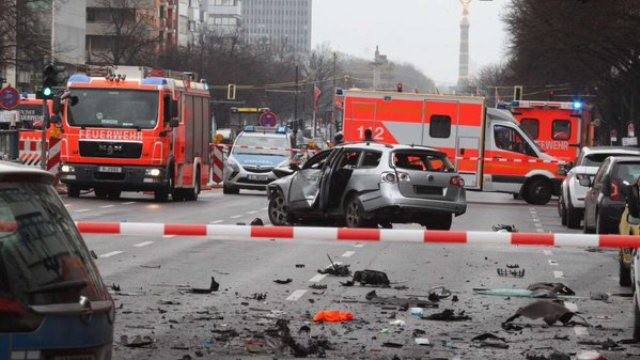 Police in Berlin say they suspect a bomb caused the explosion that killed a man who was driving through the German capital early Tuesday.

The deputy chief spokesman for Berlin police, Carsten Mueller, told that the explosion occurred at about 8 a.m. (0700 GMT) in the western district of Charlottenburg.

Mueller says that "investigators are working on the assumption that it was an explosive device" inside or on the vehicle that caused the blast.

He said investigators were still trying to determine the man's identity and couldn't immediately provide details about the vehicle.

A picture posted by Berlin police on Twitter showed the wreckage of a silver VW Passat station wagon on the street, its windows blown out and its front end smashed in.