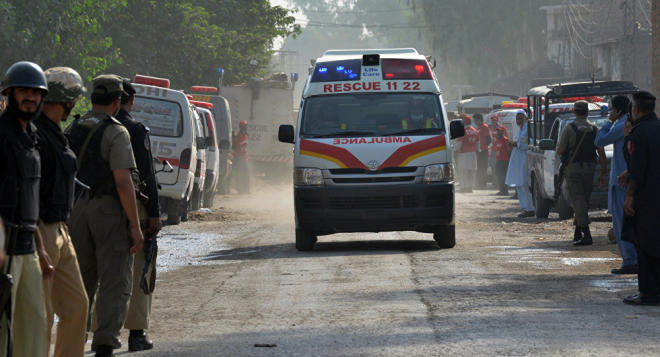 An explosive device was detonated near a driveway in the Pakistani city of Dera Ismail Khan, injuring at least 17 people, including five policemen, two women and one child.

The Wednesday morning attack was targeted at the police’s van, which was on a routine patrolling at the time of the explosion.

The bomb, whose weigh was between 11 to 15 pounds, was planted near the circular road, at the General Bus stand, according to the Express Tribune newspaper. The injured were hospitalized. Local police collected the evidence at the attack's site, the daily reported on Wednesday.