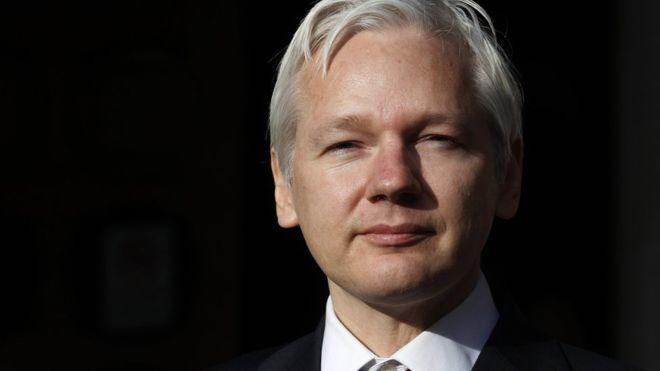 WikiLeaks founder Julian Assange has repeated his claim that the Russian government was not the source of hacked Democratic campaign emails his organization released before the US presidential election.

Axar.az reports that, the Obama administration, citing US intelligence sources, has accused Russia of orchestrating the hacking of emails from the Democratic National Committee and Hillary Clinton campaign chairman John Podesta in an attempt to influence the election's outcome.

The administration says it is "100% certain" about Russian involvement, but President-elect Donald Trump has frequently cast doubt on the veracity of the claims.

In an interview that aired Tuesday on Fox News' "Hannity," Assange was asked if WikiLeaks' source of the hacked material was "Russia or anyone associated with Russia."

"Our source is not a state party. So the answer -- for our interactions -- is no," Assange told anchor Sean Hannity from his quarters at the Ecuadorian Embassy in London, where he has lived under diplomatic protection since 2012.