Iraqi chief of staff invited to Ankara for talks 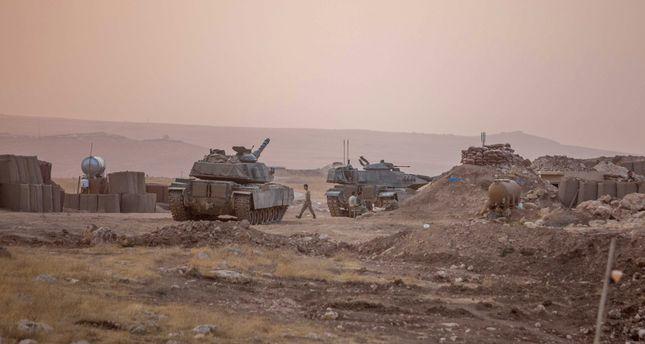 Turkey has invited the Iraqi chief of staff to Ankara to discuss the current row between two countries over the Bashiqa camp near Mosul.

Axar.az reports that, Turkey's Defense Minister Fikri Işık said Monday that a letter was sent to the Iraqi Chief of Staff Othman al-Ghanimi, inviting him to the Turkish capital to have talks about the issue of Turkish troops' presence at the Bashiqa camp.

In a joint press conference with al-Abadi after their meeting on Sunday, Prime Minister Binali Yıldırım said the issue of Turkish troops at the Bashiqa camp near Mosul will be solved with Iraq in a friendly way and in line with clearing Daesh terrorists from the region.

Explaining that the troops were stationed in Bashiqa out of a necessity, Yıldırım said great efforts have been taken to clear Daesh from the region.

Earlier this year, Iraqi-Turkish relations had turned sour over who should take part in the planned Mosul assault against Daesh.