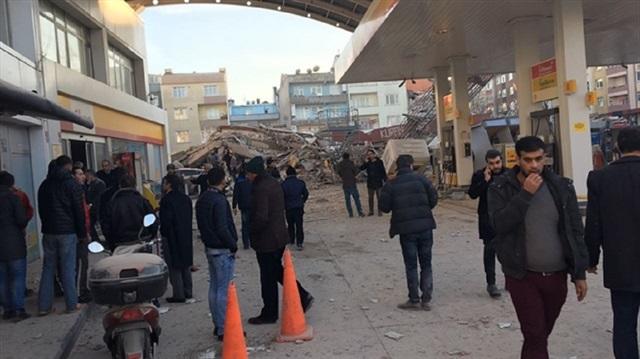 An empty building collapsed in Istanbul's Zeytinburnu district on Friday, killing at least one pedestrian while injuring five others.

Axar.az reports that, Zeytinburnu District Governor Ali Taşkın Balaban stated that one person was killed in the incident.

The 7-storey tall building was evacuated by the district municipality in December 2015.

A greater disaster was nearly missed since the building is located right next to a gas station.

Ambulances and firefighter units were dispatched to the scene.