US has not received any formal invitation to Astana 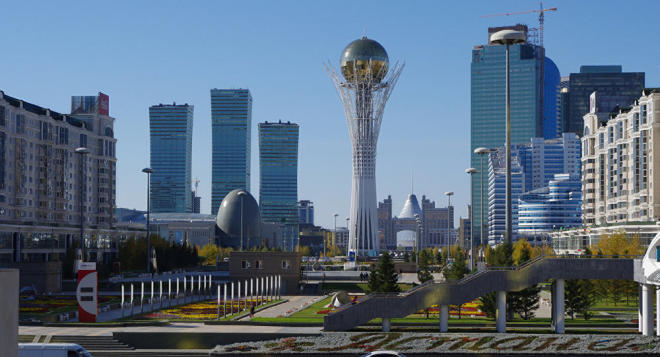 The United States has not received an invitation from Russia or Turkey to participate in the intra-Syrian peace talks in Astana, US Department of State spokesman Mark Toner said in a briefing on Friday.

Axar.az reports that, on January 23, Russia and Turkey are coordinating a conference with Syrian opposition and government representatives in Kazakhstan’s capital Astana. "We have not received any formal invitation to the Astana meeting," Toner stated. Earlier on Friday, Kremlin spokesman Dmitry Peskov said he could not yet comment on inviting the United States to Syrian crisis settlement talks in Astana, but would like to see a broad representation among stakeholders.

Whose country has negotiated a ceasefire in Syria with Russia late last year — said Thursday that Ankara agreed with Moscow that Washington "should be definitely invited." Toner claimed the United States supports any effort aimed at getting political negotiations back on track and solidifying the ceasefire in Syria. The State Department would make a recommendation to the incoming administration of President-elect Donald Trump once they receive an invitation to Astana, Toner added. On December 17, 2016, Russian President Vladimir Putin and Turkish President Recep Tayyip Erdogan discussed in a phone call the possibility of a meeting between the Syrian conflicting parties in Astana. The meetings will take place ahead of a new round of UN-led negotiations in Geneva, Switzerland on February 8.