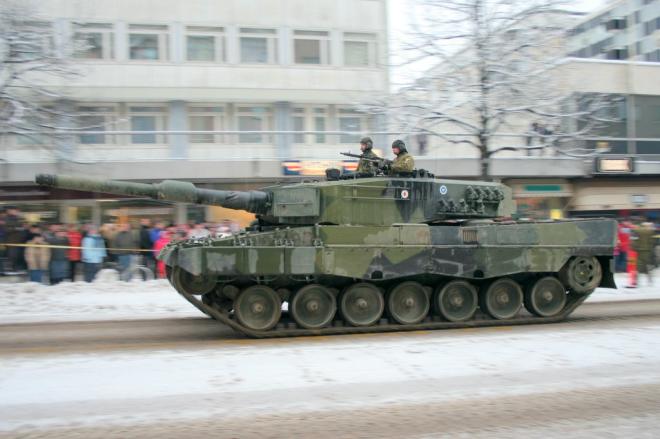 ISIS has identified a weak spot in Germany's legendary Leopard 2 battle tanks, and has destroyed ten of the machines used by the Turkish Army in northern Syria.

Battles in Afghanistan, Kosovo and elsewhere have earned Germany's Leopard 2 battle tank a reputation for being indestructible. In one case, Canadian forces managed to drive a Leopard through a massive Taliban bomb blast and survive.

However, Turkish troops fighting the terrorist group ISIS in northern Syria have had a different experience. According to reports, ISIS fighters in the city of Al Bab have destroyed ten Leopard 2A4 battle tanks. Searching for answers, some German bloggers have speculated that leadership failures or a lack of experience among Turkish troops may be to blame. However, the fundamental issue appears to be whether the 60 ton tanks are suitable for use in an urban environment, the German newspaper Die Welt reported on Thursday.

​"The Leopard 2 basic concept comes from a time when the enemy was expected to attack from the front. This basic design applies internationally to the big combat tanks, even to the most modern Russian T-14 Armata," Die Welt wrote.

"The heavy-duty tracked vehicles are designed for a duel battle and have maximum protection in the frontal area as well as a small side angle. Since, for example, the Russian anti-tank missile Kornet can penetrate even 1.2-meter-thick armor, a tank's less-protected areas are relatively vulnerable." "During the course of fighting in the Syrian town of al-Bath, the Turks' approximately 30-year-old Leopards were often shot in the rear and sometimes from the side with anti-tank weapons. There, the massive tracked vehicles are less protected. Soldiers agree that a battle in a city can't be compared with a duel on wide, undeveloped land, where tanks usually fight their targets from two or three kilometers away." According to a report from the German-language magazine European Security and Technology, the Leopard tank is especially vulnerable because it doesn't have additional protection such as reactive armor, which reacts to and reduces a weapon's impact, or an active protection system (APS) to counterattack an incoming threat such as the Trophy APS used by the Israeli army. However, while reactive armor and APS make tanks more resistant to attack, they also make the vehicles much heavier. The German defense ministry told Die Welt that the newest version of the Leopard 2, the A7V, is currently being introduced to the German army and boasts higher protection compared to the 2A4, which is no longer in service with the Bundeswehr.