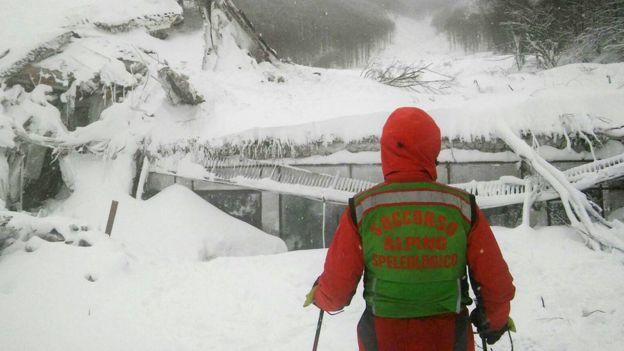 Italian search and rescue teams have found eight people, including two children, buried under the rubble and snow of Rigopiano.

Axar.az reports that a further five have been located. The guests have been trapped for around 40 hours.

Authorities say they are communicating with the survivors as they work to extract them.
The mountain hotel in central Italy was hit by a powerful avalanche as a result of Wednesday’s earthquakes.

Dozens of people are still missing and four people have been found dead.

It is being reported that the guests had gathered in the foyer to await evacuation when the avalanche hit.

The first ambulances carrying the survivors have arrived at a hospital in Pescara.