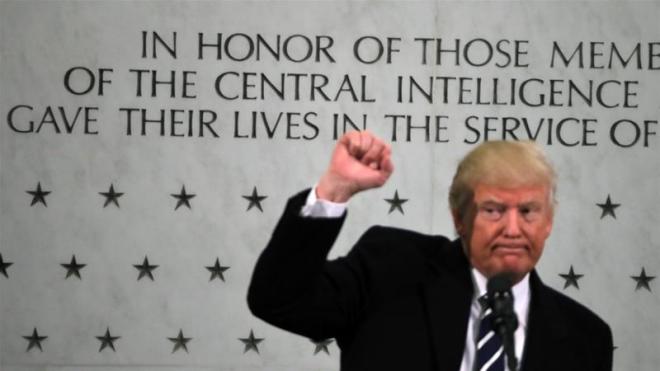 US President Donald Trump has denied feuding with the CIA, in an attempt to mend fences with the intelligence community.

Axar.az reports that, as part of his first presidential duties, Trump visited the Central Intelligence Agency headquarters in Virginia on Saturday - a day after his inauguration - and told officers that reports of a feud were false.
"I am with you 1,000 percent," Trump told more than 300 CIA employees after his visit.

He also said he has confidence in the intelligence community and great respect for the agency.

"Very, very few people could do the job you people do and I want you to know I am so behind you," he said.

He added: "I love you, I respect you, there's nobody I respect more than CIA staff."