Greece a complete disappointment for Turkey 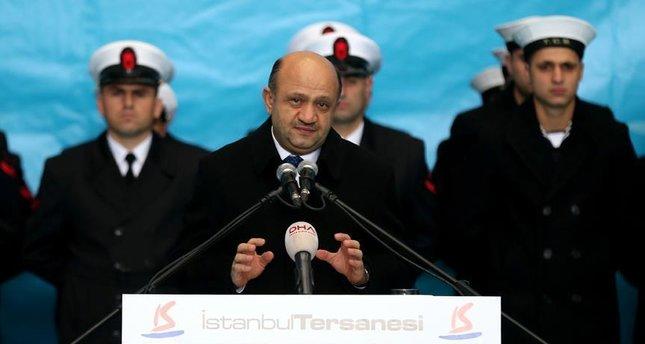 Defense Minister Fikri Işık has slammed the Greek court's decision to not extradite eight fugitive former Turkish soldiers affiliated with the Gülenist Terror Group (FETÖ) linked to the July 15 defeated coup, saying that it has been a complete disappointment for Turkey.

Axar.az reports that, speaking at a ceremony to mark the handover of a submarine rescue ship to the Turkish Naval Forces Command in Istanbul Saturday, Fikri Işık said: "This is not a judgment, it is not a decision that dispenses justice."

He called Thursday's ruling of the Greek Supreme Court case a "political decision" and a "complete disappointment".

"Our urgent expectation from Greece is that this wrong and unjust decision be corrected as soon as possible and those eight people are returned to Turkey," he said.

Işık also said: "Greece has also revealed how it is following a wrong strategy in the fight against terrorism," underlining that Turkey would continue to follow the case.

Turkey sent a second extradition request to Greece on Friday calling for the repatriation of the soldiers, a Justice Ministry official said.

The ex-soldiers have been fighting extradition since they arrived in Greece and claimed asylum on July 16.

The official, who spoke on condition of anonymity due to restrictions on talking to the media, did not explain how a second request would help nullify the Greek court's decision.