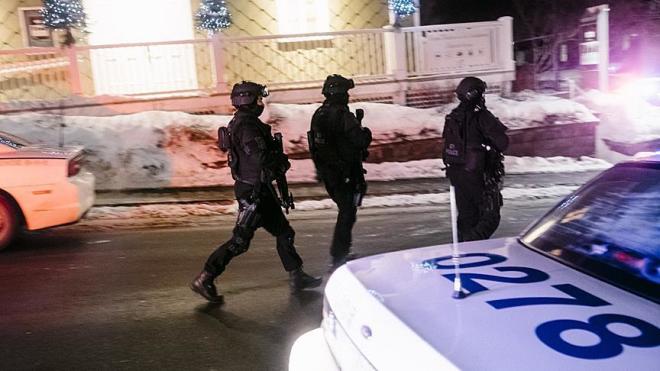 Turkey has condemned the shooting at a mosque in Quebec late Sunday which killed six people and left eight wounded.

"We strongly condemn the attack that took place at the Islamic Cultural Center, which is also used as a mosque, in Quebec City, the capital of Canadian province of Quebec, and targeted innocent people who worship at a holy place. We wish God’s mercy upon those who lost their lives and speedy recovery to the wounded," said a Turkish Foreign Ministry statement Monday.

The statement stressed that Ankara will continue to stand in solidarity with Turkey’s ally Canada "in the face of this heinous attack targeting the peace in Canada where many people from different races and religions live in harmony."

"We believe that the Government of Canada will carry out the investigation regarding the nature of this attack, which took place at a time when Islamophobic rhetoric and actions are on the rapid rise, with the necessary seriousness and sensitivity," the statement added.

The victims were aged 35 to 70, she added. Some of the wounded are in critical condition.

Quebec has witnessed a number of Islamophobic incidents in recent months. In June, a pig’s head was left at the mosque’s door with a note reading “Bon appetit” during Islam’s holy month of Ramadan. The consumption of pork is prohibited for Muslims.

In 2015, a man in a mask threatened Quebec’s Muslims in a YouTube video.