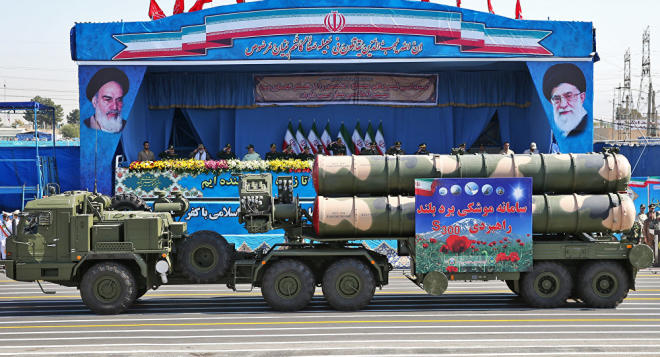 Member of the Russian parliament's upper house Alexei Pushkov has warned of another "unwanted" crisis in the Middle East after the imposture of a new round of sanctions on Iran by the United States.

Axar.az reports that, a new crisis may erupt in the Middle East following the introduction of new US sanctions against Iran, Alexei Pushkov said on Saturday.

​"The outspoken hostility of the United States against Iran may cause a new dangerous and unwanted crisis in the Middle East while the problem of the Islamic State [Daesh, outlawed in Russia] has not been settled yet," Pushkov posted on Twitter.

The continuous tensions in bilateral between Washington and Tehran reached a new high after Iran's ballistic missile test on Monday.

In this Dec. 29, 2016 file photo, released by the semi-official Iranian Students News Agency (ISNA), a long-range S-200 missile is fired in a military drill in the port city of Bushehr, on the northern coast of Persian Gulf, Iran

In a highly unusual step, President Trump's National Security Adviser Michael Flynn on Wednesday personally announced at the press-briefing in the White House that Iran has been "officially put on notice" for its activities.
On Friday, the United States introduced a new round of sanctions against Tehran, including 25 individuals and entities based in Iran, Lebanon, the United Arab Emirates and China for the alleged support of Iran’s ballistic missile program.

In a response to the move, Iran vowed to retaliate with legal restrictions on American individuals and entities that are assisting "regional terrorist groups."

An Iranian official slammed the US decision, saying that the missile test is Tehran's "internal affair aimed at strengthening the country's defense capability" amin uncertainty on international arena.