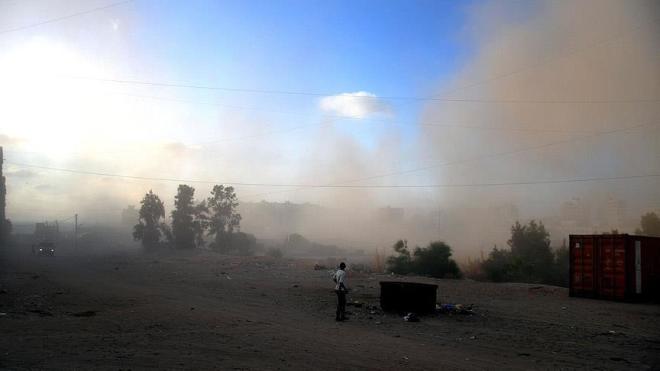 An Israeli tank shell struck a Hamas site in the blockaded Gaza Strip on Monday after a missile was fired into Israel from the coastal enclave earlier the same day, according to the Israeli military.

Air-raid sirens had sounded in Israel’s Ashkelon region north of Gaza following the missile launch, the army said in a statement, adding that the projectile had fallen to earth in an open area.

Although rockets are sporadically fired from Gaza by smaller Palestinian resistance groups, Israel holds Hamas -- which has governed the strip since 2007 -- responsible for such actions and frequently responds by striking sites associated with the group.

No injuries were reported on either side following Monday’s exchange.