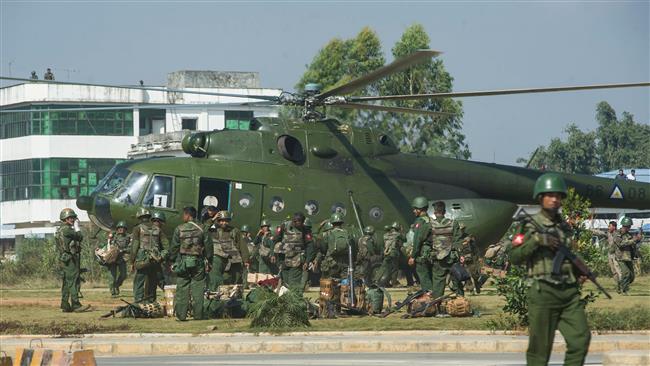 At least 160 people have died in about three months of clashes between Myanmar's military and ethnic armed groups near the border with China.

Axar.az reports that, General Mya Tun Oo, the chief of Myanmar's general staff, said on Tuesday that over 20,000 people had also been displaced since fighting erupted between the army and several of the groups in Myanmar's northern state of Shan in late November 2016.

"We have 45 dead bodies of enemies and arrested four," he told reporters in Myanmar's capital, Naypyidaw.

The senior military official said hundreds more members of the armed groups may have been killed based on pictures of a mass funeral.

Fighting in Shan and the northern state of Kachin along the Myanmar-China border is getting worse day by day.