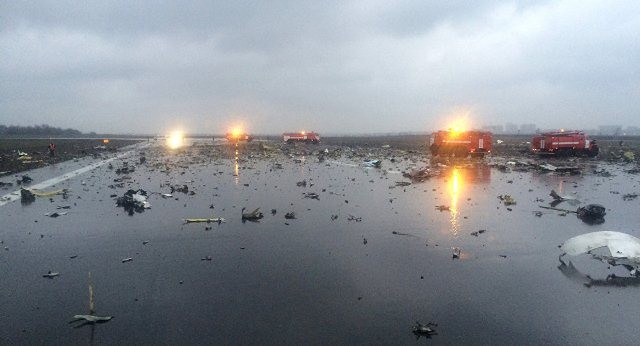 “There were two Spanish citizens, one from Russia, one – from Kyrgyzstan, one – from Cyprus, one – from the Seychelles and one – from Colombia,” said Russia’s vice-consul in Dubai Anna Chernova.

A passenger FlyDubai Boeing-737-800 en route from Dubai to Russia’s Rostov-on-Don crashed March 19 at the city's airport after missing the runway amid poor visibility.

A total of 62 people were killed.