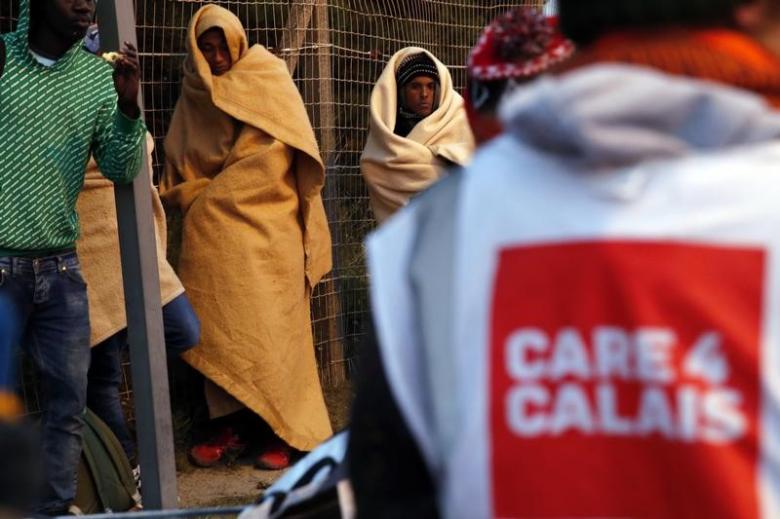 Charities expressed outrage on Friday as the mayor of French port Calais, which has symbolized Europe's refugee crisis, signed a ban on gatherings that could stop aid groups distributing meals to migrants and refugees.

A decree published on Thursday said the Calais authority believed that handing out meals at the site of the former "jungle" migrant camp was one reason for a rise in ethnic tensions and conflict between rival groups of migrants.

The decree, a copy of which was obtained by Reuters, said food distribution by charities had led to large numbers of people gathering at the site of the now-closed camp, with fights breaking out and risks posed to the safety of local residents.

It did not expressly ban food distribution, but said it was "necessary to ban all gatherings" at the site and banned people from entering it. The decree said gatherings tended to take place "after the distribution of meals to migrants".

Migrants have been streaming into Calais for much of the last decade, hoping to cross the short stretch of sea to Britain by leaping onto trucks and trains, or even walking through the railway tunnel under the English Channel.

Calais Mayor Natacha Bouchart, a member of conservative party The Republicans who signed the decree, defended her decision on the grounds of public safety and the damage to the local Calais economy caused by the refugee problem.

In a statement, Bouchart said it was also up to the national government to deal with the problem, and that she had always sought to act with "humanity" towards the refugees.

But human rights groups criticized the move, with some saying they would still hand out food to migrants and refugees.

"You're talking about young people and children. You just can't deprive them of food," said Gael Manzi, who works for local aid association Utopia 56.

Manzi said Utopia 56 would continue to distribute food, but at a new site elsewhere in Calais.

Last month, non-government associations said hundreds of migrant children had been returning to Calais, despite the dismantling of the "jungle" camp late last year.

The influx of migrants fleeing war and poverty in the Middle East and Africa is a key issue in France's upcoming presidential election, with many voters concerned about competition for scarce jobs, security, and the risk of further terror attacks.

Police forces are still deployed permanently in the area where the "jungle" camp stood.