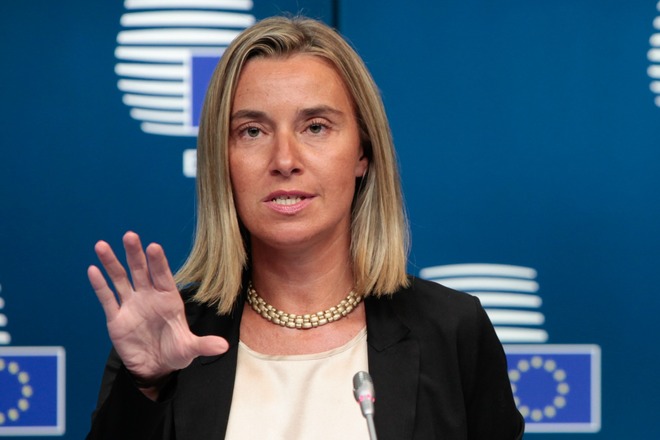 Axar.az report that, according to the release, the council approved measures regarding CSDP missions and operations, aiming to improve the speed and quality of the EU's defense capabilities. These measures include the establishment of the MPCC, intended to increase efficiency of military work and management of non-combatant EU missions.

"EU foreign and defence ministers meeting jointly today all gave a very clear message: we are progressing steadily towards strengthened defence cooperation and we will continue to do more. This is about protecting our citizens. The European Union has unique tools to help Europeans to take more responsibility for their own security, and to do more effectively. This is what we are doing with our work in security and defence," Mogherini was quoted as saying in a press release.

The MPCC, will work under the guidance of the Brussels-based Political and Security Committee (PSC) and will coordinate with the Civilian Planning and Conduct Capability (CPCC).
The council also adopted conclusions on the progress of implementing the EU global strategy in the area of security and defense, ahead of a report for the European Council on March 9-10.