Next possible target of Altintash 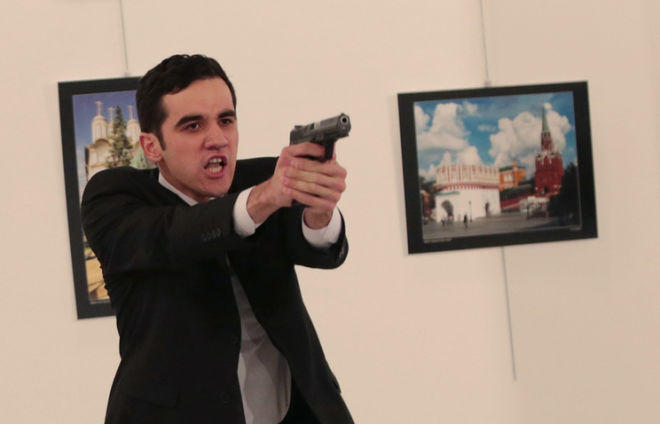 Turkish prosecutors are investigating the possibility that assassin Mevlut Altintas was also planning an attack on the US ambassador to Turkey after he searched for information about John Bass prior to the murder.

Axar.az reports that Mevlut Altintas, the Turkish policeman who assassinated Russian ambassador Andrei Karlov in Ankara in December, had also researched the whereabouts of the US ambassador to Turkey, the Turkish newspaper Milliyet reported on Thursday.
Investigators examining Altintas' computer have found that just before the murder, he searched for information about US ambassador John Bass. He also collected information about the activities of Russian and American cultural centers in Ankara.

The findings have led investigators to wonder if Altintas was also planning an attack on the US ambassador.

Russian ambassador Andrei Karlov was shot dead by Altintas, who was on leave from the police force at the time of the attack, at the opening of an art exhibition in December.

The Russian Foreign Ministry said it considered the attack a terrorist act, and Russian President Vladimir Putin called the assassination "an assault on Russia and Russian-Turkish relations."

Last month, Turkish police detained three people in connection with the murder investigation, and earlier this week reportedly detained a Russian woman with alleged links to the assassin.
On Tuesday, the Sabah newspaper, citing a source in law enforcement agencies, reported that the Ankara prosecutor's office asked the US Federal Bureau of Investigation (FBI) for assistance in investigating Karlov's murder.

Prosecutors want the FBI to help them hack the iPhone used by the 22-year-old killer. They have also made a written request to Google's Gmail service, asking them to restore messages that were deleted from Altintas' email account two hours after the murder.

In response, the email service said that it wasn't possible to restore the deleted messages. Therefore, Investigators also want the FBI to help them access the messages via the server from which they were deleted.