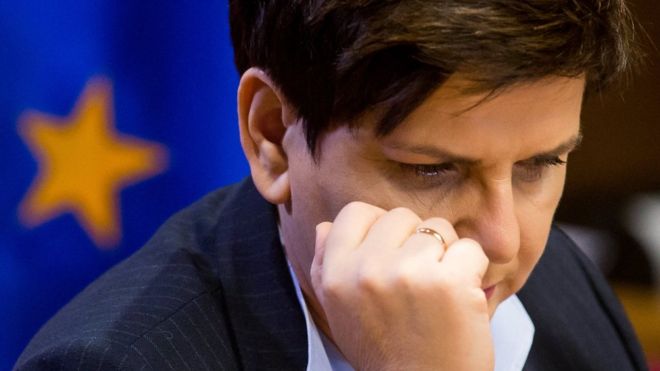 Polish PM Beata Szydlo has accused the French president of trying to blackmail her country, in a row over Thursday's re-election of EU leader Donald Tusk.

Axar.az reports that, at the end of an EU summit, she said it was unacceptable for Francois Hollande to threaten to stop funds because Poland was "not behaving properly".

Poland had tried but failed to stop Mr Tusk's re-election, and refused to endorse the summit's joint statement.
Ms Szydlo also warned partners Poland would not accept a multi-speed Europe.

She said the EU faced new divisions if stronger nations tried to integrate more among themselves at the expense of weaker ones like Poland and fellow ex-communist countries in the east.