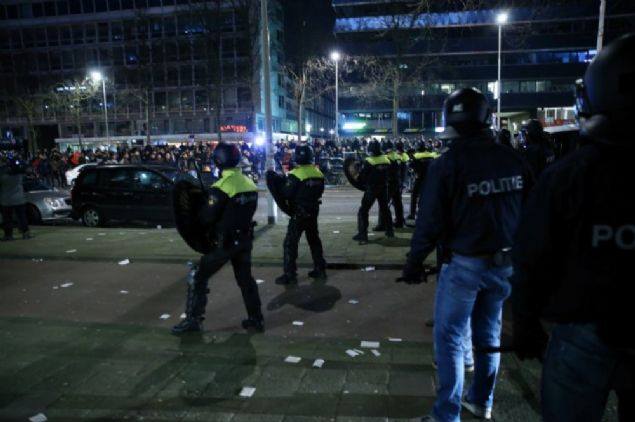 Police in Rotterdam say they arrested 12 protesters as a demonstration outside the Turkish consulate devolved into rioting.

Spokeswoman Patricia Wessels said the arrests were made for violence and public order offenses as Dutch-Turkish protesters pelted police with bottles and rocks early Sunday.

Police responded with batons and a water cannon.

Wessels says seven people were injured in the brief explosion of violence, including a police officer who suffered a broken hand.

The confrontation came at the end of a long standoff in which Dutch authorities refused to allow Turkish Family and Social Policies Minister Fatma Betul Sayan Kaya into her country’s consulate in downtown Rotterdam.

A small number of protesters reacted angrily when they heard that Dutch police were driving the minister to the German border.