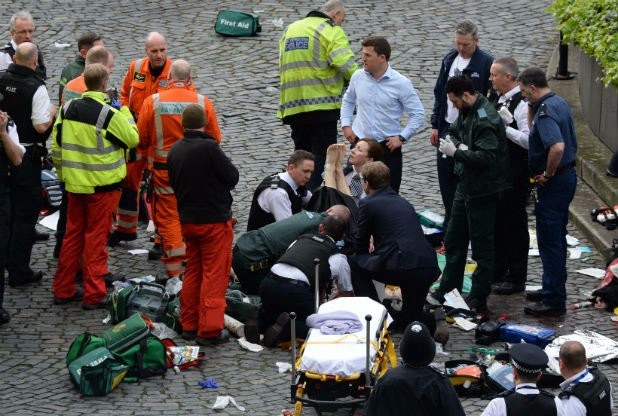 Police investigating the deadly terrorist attack in central London are focusing closely on how the perpetrator became radicalized, as they battle to piece together his identity and connections.

Axar.az reports that Britain's most senior counter-terror police officer, Mark Rowley, described the inquiry as "very large and fast-paced", and announced two "significant arrests" Friday. Hundreds of officers had made contact with thousands of witnesses, he said.

Authorities had earlier portrayed the attacker, 52-year-old British man Khalid Masood, as having acted alone. It was unclear whether the latest arrests indicated that Masood may have had associates.
Masood is known to have used multiple aliases during his life: Rowley said he was born Adrian Russell Ajao.

Asked about his possible conversion to Islam and subsequent radicalization, Rowley said: "Clearly that's the main line of our investigation, is what led him to be radicalized, was it through influences in a community, influences from overseas, or through online propaganda."

He appealed for anyone who knew Masood well or was aware of his recent movements to get in touch, as detectives probe his motivation, his preparation for the attack and any associates.