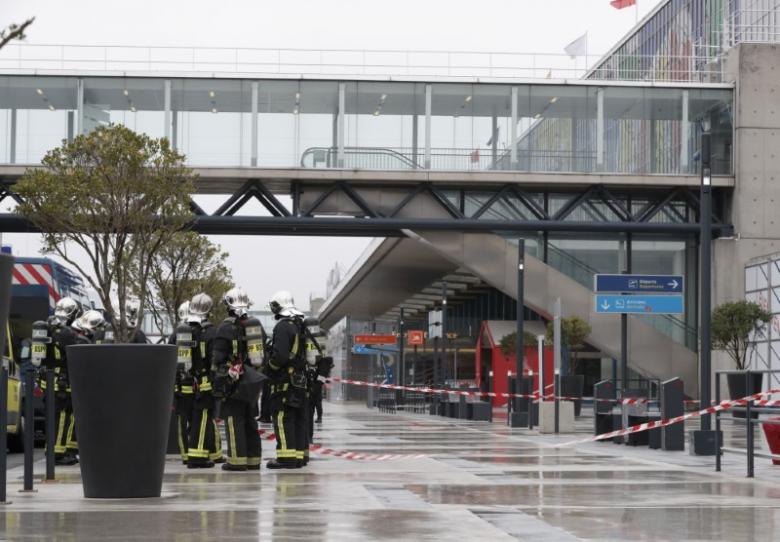 Two men were jailed and put under formal investigation overnight on suspicion of helping a man who attacked an army patrol at a Paris airport a week ago, a judicial source said on Saturday.

Ziyed Ben Belgacem, 39, had shouted he was there to "die for Allah" when he tried to seize an assault rifle from an air force member on patrol at Orly airport, before being shot dead by other soldiers.

The two men under investigation, one of whom was born in 1986, are suspected of having helped Ben Belgacem obtain the air pistol he put to the soldier's head.