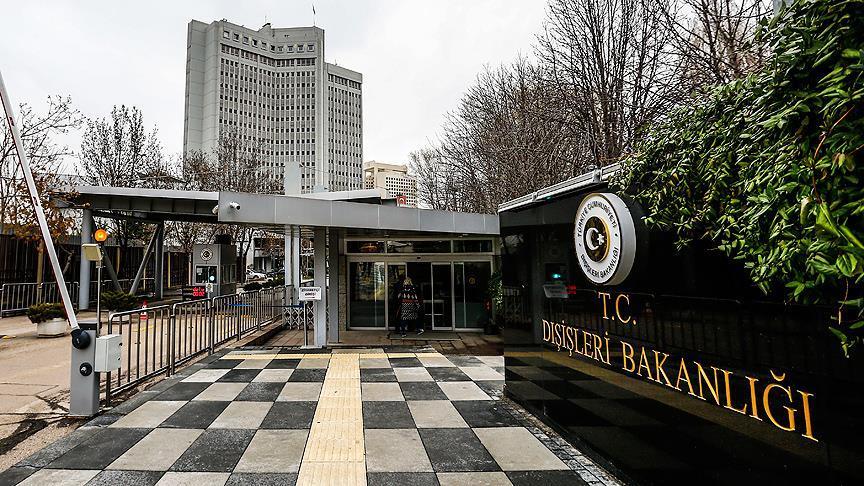 A ministry official, who spoke on condition of anonymity due to restrictions on talking to media, said the ministry has reiterated its uneasiness to Ambassador Walter Haffner over the issue.

The ministry called the Swiss side to take the necessary judicial measures against this criminal act, the official added.

On Saturday, Around 250 PKK supporters and some socialist party supporters including followers of the Green Party of Switzerland gathered Saturday in front of the Parliament building in the Swiss capital city of Bern where a rally was staged to promote the "No" vote for Turkey's upcoming referendum.

Some protesters were holding placards that read "Kill Erdoğan" under a photo of a handgun pointed at President Recep Tayyip Erdoğan's head.

Among those participating in the rally were supporters of the far-left terrorist group the Revolutionary People's Liberation Party-Front (DHKP-C).