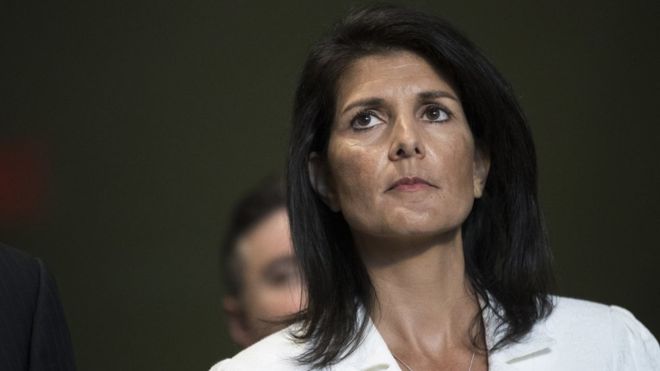 A worldwide nuclear ban is simply not "realistic", the US ambassador to the UN has said, as nearly 40 countries stayed away from talks on the subject.

Axar.az reports that the US, Britain and France were among the countries that skipped a UN meeting to discuss a new treaty.

More than 120 others endorsed a plan for a legally binding nuclear ban. But US envoy Nikki Haley said national security required nuclear arms because of "bad actors" who could not be trusted.

"There is nothing I want more for my family than a world with no nuclear weapons. But we have to be realistic," she told reporters.

"Is there anyone that believes that North Korea would agree to a ban on nuclear weapons?"

North Korea has recently been testing nuclear and missile technology, despite warnings from the international community - including China.

The UN conference to negotiate a legally binding nuclear ban treaty was announced in October.
Britain, France, Israel, Russia and the United States voted "no" to the nuclear ban treaty back then, while China, India and Pakistan abstained.