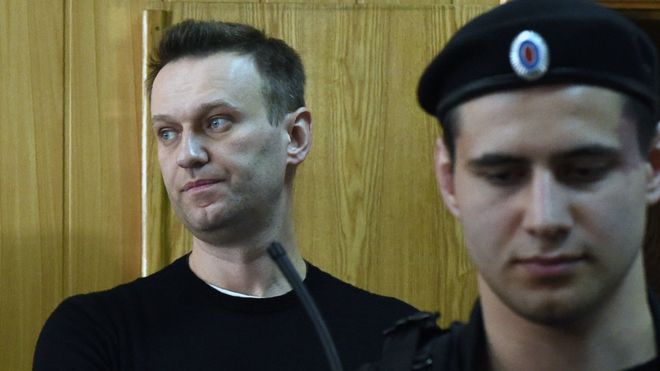 Russian opposition leader Alexei Navalny has been jailed for 15 days for resisting police orders during mass protests on Sunday.

Axar.az reports that Mr Navalny was among several hundred people who were detained in connection with the rallies across the country.

The court in Moscow earlier fined him the minimum 20,000 roubles ($350) for organising the banned protests.
On Monday the Kremlin accused the opposition of encouraging lawbreaking and provoking violence.

The allegations were the main reason behind Sunday's protests, which drew thousands of demonstrators nationwide, including in St Petersburg, Vladivostok, Novosibirsk, Tomsk and several other cities, as well as Moscow.