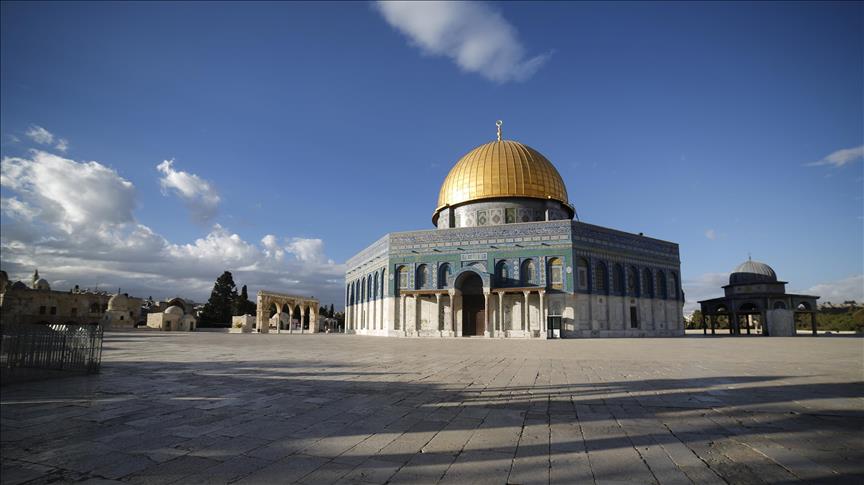 Israeli forces have detained seven guards of East Jerusalem’s flashpoint Al-Aqsa Mosque in the past 24 hours, a Palestinian official said on Tuesday.

“Four other guards were rounded up from their homes at dawn on Tuesday,” Firas al-Dibs, a spokesman for the Jerusalem Islamic Waqf, a Jordan-run organization responsible for overseeing the city’s Islamic sites, told Anadolu Agency.

“Three others were detained on Monday after they prevented a Jewish archaeologist from stealing an ancient stone from inside the mosque,” he said.

Al-Dibs said the archaeologist had allegedly attempted twice to steal the stone under the protection of Israeli police, triggering clashes between the guards and Israeli forces.

In September 2000, a visit to Al-Aqsa by controversial Israeli politician Ariel Sharon sparked what later became known as the "Second Intifada," a five-year-long popular uprising in which thousands of Palestinians were killed.

Israel occupied East Jerusalem, in which the Al-Aqsa is located, during the 1967 Middle East War. It formally annexed the entire city in 1980, claiming it as its capital in a move never recognized by the international community.